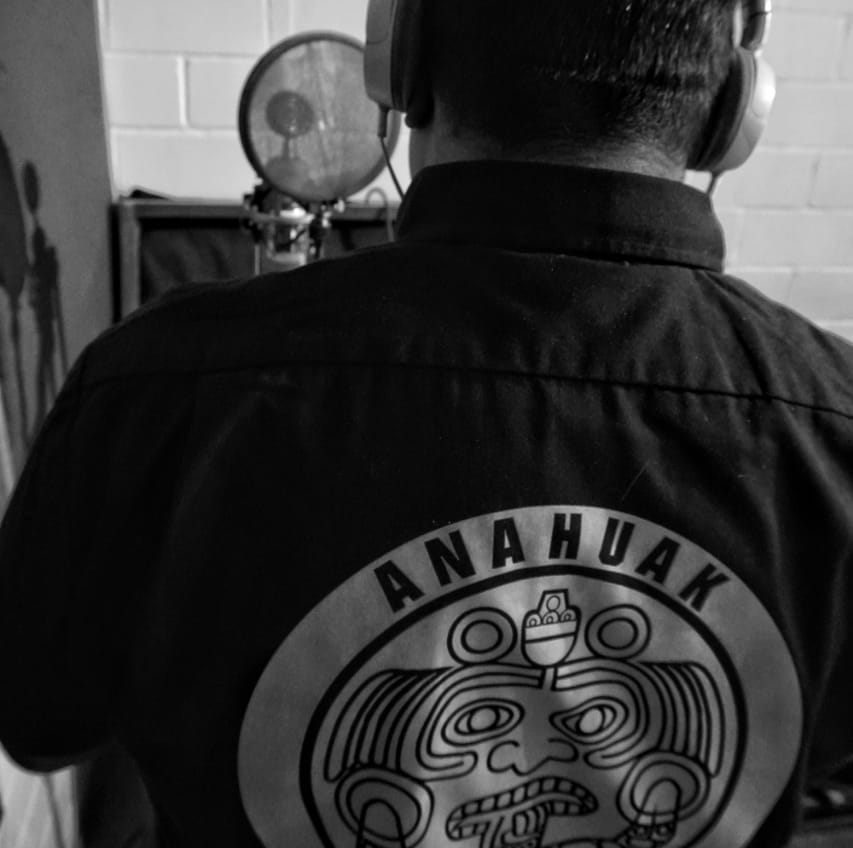 His first encounter with the Hiphop culture was through Rap, at the age of 6 in the late 80s, later he began to write in the mid 90s, and he joined his first group of RAP in 1999 called "kritiko state. "(1999-2012) with which he has 3 albums. He also began to write for his solo material (2002-2012) with 5 albums. Initiator of the group "teokalli crew" (2007-2020) and founder of teokalli records (independent label 2008-2012). In 2012 he traveled to Santiago de Chile where he met ZULU through a brother from Brazil, arriving in Mexico the annual festival P.rock Mexico (2012-2013-2014-2015) was organized with other brothers. During these years and integrates Zulu Mexico where he collaborates in the creation of necklaces and reception of documents where he obtained the title of 2nd vice president. e creates an alliance to make a new organization ABYA YALA UNIVERSAL OLLIN Latin American Hip hop organization linked to ancestry and community work in various regions of the continent adding several countries (2015-2022). In 2016 ANAHUAK ZULU was created with several ahkis from Zulu Mexico and we joined UNION ZULU 2017.

2007 began to do community work in houses of children recovered from violence and orphanages, also doing charity events for the neighborhood, something that to date is of utmost importance for Anahuak Zulu. By joining ZULU UNION we strengthened the network of chapters in Latin America with the trips made (2014-2017) Colombia Medellin and Bogota, Cuba, Costa Rica. working a lot in Mexico as ANAHUAK ZULU with productive Malikas and Ahkis people from all over Mexico and Latin America. Obtaining the union Zulu address in Latin America in 2019 and the king ship in September of that year.