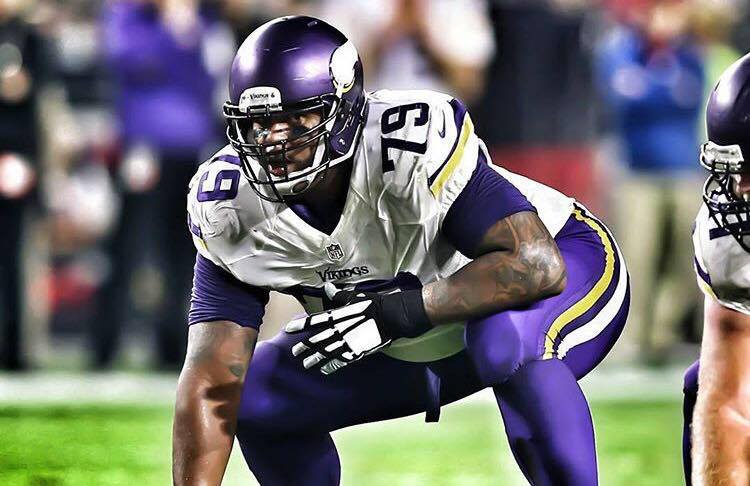 Mike Harris is a former NFL offensive lineman who played 5
years in the league for both the San Diego Chargers and the
Minnesota Vikings. Prior to his NFL career, Mike played and graduated from UCLA. He was the second undrafted free rookie to start at Left Tackle week 1 in NFL History. Mike started every game in 2015 and played a significant role in the Minnesota Vikings NFC North
Championship win. After retiring due to an injury in 2017, Mike started his coaching career at
Hopkins High School in Minnesota where he played not only a
significant role as a team mentor, but as the offensive line coach and found his love for coaching. After joining the coaching staff at Macalaster College in 2019, he currently is one
of the only African American offensive line coaches in Minnesota college athletics. Apart from coaching, he joined the Football Advisory Board with the Minnesota Vikings and made appearances at several camps across the state where he coached the kids on football and life, by sharing his journey to the NFL. He is currently on staff with the NFL as a
game day assistant at US Bank Stadium. He also works with youth organizations in the Twins Cities.