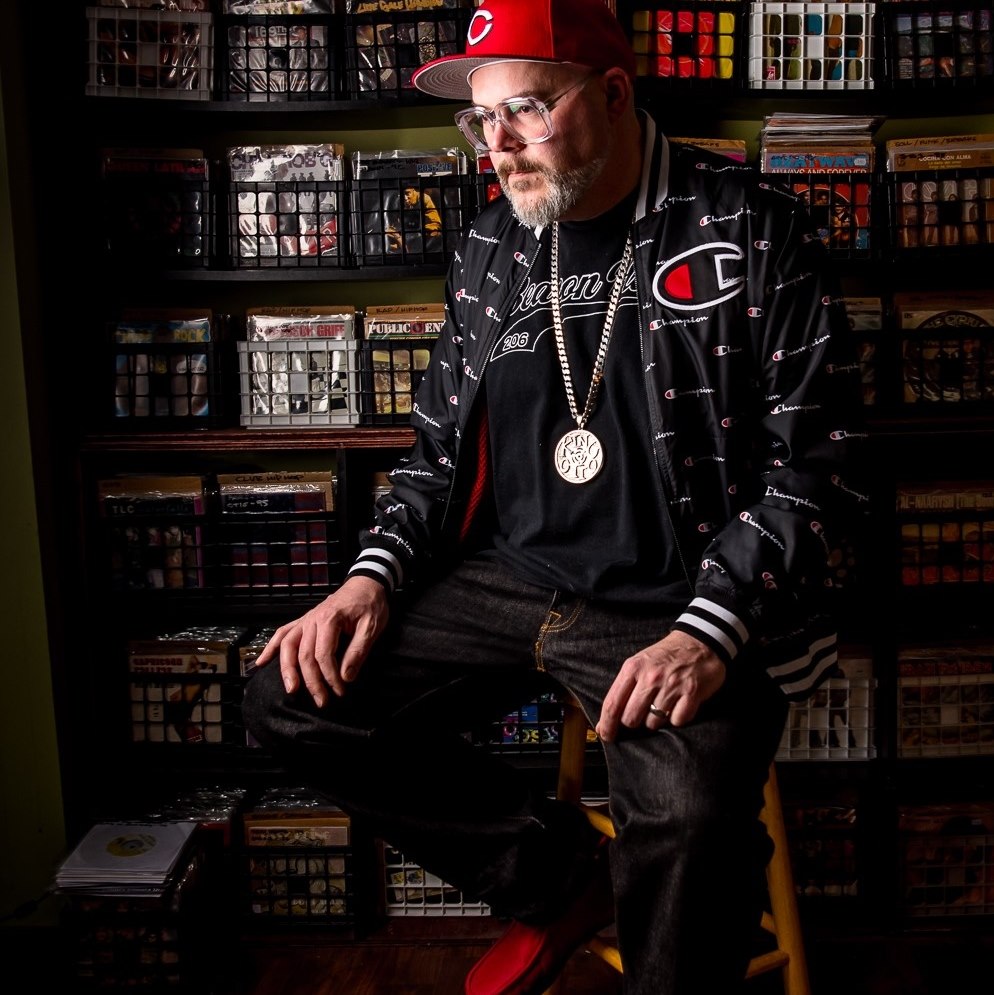 Dj King Otto has been involved with Hip Hop culture since the age of 13.  He started as a B-Boy in the suburbs of Seattle, but since he was already an artist, he took to graffiti and shortly after his passion for music drove him to try scratching a record and after several failed attempts, he figured it out.   So, when his friends set out to start a Rap group, Otto became the Dj and was soon to spend hours standing in front of the turntables trying to recreate what he heard the Djs doing in his favorite songs.  Seattle was lucky enough to have the first all Rap radio show on the West Coast and Otto soon became a regular caller to the shows Dj, Nasty Nes.  Nes gave what information to the budding Dj and after 5 years of bedroom Djing, he started to get gigs.

Then suddenly through a chain of friendships, Otto was offered the Dj position for a Rap group gaining popularity in Vancouver BC called EQ (Ease & Quaze).  EQ is heralded as the first Rap group to berea out of Vancouver.  His first show with EQ was opening for Sir Mix-A-Lot at a day-time show, the second show was opening for a sold-out crowd at the Orpheum theater in downtown Vancouver for Public Enemy on their Fear of a Black Planet tour.

Around 1987 Otto tried his hand at production and by 1990, had bought some equipment and was starting to make beats.  Quaze and Otto worked full days in the label’s studio sampling records and coming up with ideas.  Quaze was still the main producer for the EQ sound, but Otto would take this knowledge and experience and spend the next decade Doing and producing for such notable Seattle rappers as MC Specs, Silas Blak, Silent Lambs and Crew Clockwise while providing occasional production for other rappers and groups in Seattle.

In 2002 Otto made a transition to the mid-west making Minneapolis his new home.  Already having friends in Minneapolis, he was able to quickly build a name for himself and within 1 year Otto was starting to get bookings as a Dj, his original passion.  Since that time he has become a regular name among Hip Hop and vinyl enthusiasts and has held down residencies at some of the most popular clubs and night spots in the Twin Cities.  Along with his local work, Otto has played parties in several cities around the states and also has held down numerous monthly residencies in Chicago.

Shortly after moving to the Twin Cities Otto started to collect 7” 45 rpm vinyl singles and was soon addicted to the format.  Around 2014 he began to design and build custom record boxes and has gained notoriety for his 45 collection and his work as a box designer.  Otto has built boxes for several of his Hip Hop heroes including Dj Jazzy Jeff, Diamond D, Dj Scratch, J-Rocc, Fraternity Music Group and Break Beat Lou, co-creator of the legendary Ultimate Breaks and Beats compilations.

Otto continues to Dj in and around the Twin Cities and hosts an all 45 radio show on KRSM 89.9 Minneapolis and can also be heard on Mixcoud.com and on Twitch.tv.