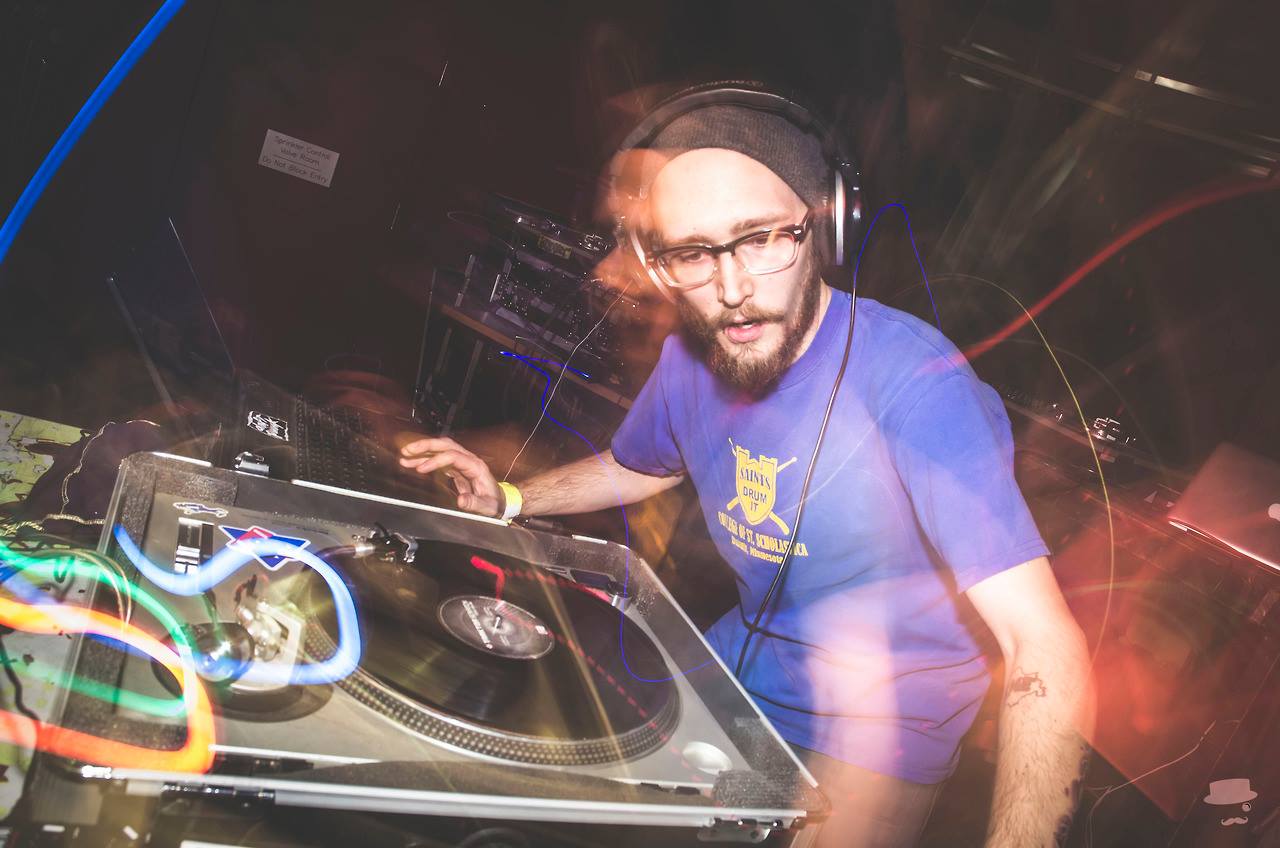 Raised in the hardcore/punk community of Northern Minnesota, Chris’ initial exposure to hip hop came through skateboarding videos. Through research of artists and albums in this discovery platform, Chris dove deep into learning everything he could about the culture that these sounds and words were coming from. Simultaneously, Chris was being exposed to the art of DJing through his two older brothers. Although the repertoire of music his brothers played rarely contained hip hop artists, Chris was highly intrigued by the artistry of mixing tracks.

In college Chris was recruited for a teacher’s assistant position in a course called Hip Hop and Human Dignity. At the same time he was starting to pick up his hand at DJing along with his younger brother and two friends. Learning and teaching each other new techniques and exposing each other to different corners of music they were finding, a collective was formed among the four of them called The Crunchy Bunch. A fundraiser for a small local non-profit, Life House, was put together by Chris and the Hip Hop and Human Dignity class that brought about a celebration of hip hop culture. Local area dance crews, DJs, emcees, and graf artists came through to show off and share the work they’ve been putting into their passions. Chris was hooked.

Graduating with a Bachelors in Social Work from St. Scholastica, he immediately began work at a local non-profit that assists homeless and at-risk youth, Life House. He worked Street Outreach, Youth Center Advocacy, and Employment Case Management for several years before stepping down to take care of some life transitions. During all of this time, The Crunchy Bunch was hungry to get out there as much as possible. Chris found himself deeply invested in relationships with many non-profits and social justice organizations through his work and college experience and said yes to as many opportunities as he could to help these causes in providing music and/or sound for community events and fundraisers. More gigs were lining up with local and out of town artists in the area and The Crunchy Bunch was consistently tapped to be on the bills or DJ for emcees coming through as well as holding numerous residencies throughout the Duluth area. In 2018 Chris came back to Life House to begin working in the new youth shelter that was just taking off and soon transitioned into his current position working with youth who have been wrapped up in commercial sexual exploitation.

In December of 2019 The Crunch Bunch celebrated 10 years of DJing together. Chris’ work with The Crunch Bunch continues to focus on how it can give back to its community while he practices being a positive role model and example of hip hop culture.